Effective Implementation of MGNREGA in Watershed mode in the Western part of the State of West Bengal.

A project on Goverment of West Bengal - Civil Society Organization (CSO) collaboration has been launched on effective execution of MGNREGS . The project is named 'Ushar Mukti: Effective Implementation of MGNREGA in Watershed mode in the Western part of the State of West Bengal.' It spreads over 56 blocks in the Western districts in Purulia, Bankura, Jhargram, Paschim Medinipur, Birbhum and Paschim Bardhaman. The basic objective of the project is to create sustainable livelihoods for the poor, tribal and other vulnerable households in the selected blocks through appropriate land and water treatment measures undertaken on a Watershed basis by leveraging fund from MGNREGA.

From the Blog All the latest news

A sincere approach to generate livelihood in villages of Ranibundh Block, Bankura through Usharmukti.

A major part of the region falls under the sub-basin of the river systems formed by Dwarkeshwar-Shilabati and Kangsabati rivers. These three rivers and their tributaries drain off about 80% of water from the region.Read more...

It originates from Tilboni hill of Purulia district and enters Bankura district near Chhatna. It cuts across the district flowing past the district headquarters and enters the south eastern tipof Bardhaman district.

After rising at Simni-Jabar near Jhalda-II Block in the chhotanagpur plateau in Purulia District. It passes by Purulia,Khatra and Ranibundh in Bankura District, and then enters Paschim Medinipur in the Binpur area.

The Shilabati River(also known as Silai) originates in the terrain of the Chhota Nagpur Plateau in the Purulia District. It flows in an almost southeasternly direction through the districts of Bankura and Paschim Medinipur.

Video: document of the month 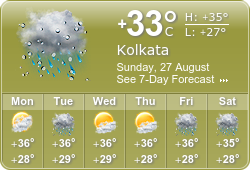